Children from a Bournemouth school have created artwork to cover the hoardings at the new Livingstone Academy.

From images of robots and science experiments to beach huts and the sea, pupils from nearby Jewell Academy allowed their imaginations to run wild and create images that best reflect Livingstone’s status as a digital academy.

The art project was devised by building company Kier which was awarded the contract for the £28.5million transformation of the site on Madeira and Stafford Roads – once home to a Magistrates’ court, grade two listed Coroner’s Court and a police station. 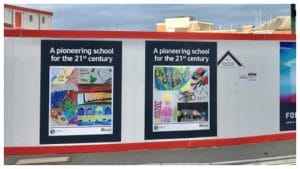 Kier provided resources for the challenge including pens, paper and an art pack.

Around 40 students from Year 1 to Year 5 participated with the pieces grouped into one of five collages which are now on display on the hoardings.

Jewell Academy is situated close to the Livingstone Academy site and both schools are part of the Aspirations Academies Trust.

“The project helped to boost their mental wellbeing and also create a connection with Livingstone Academy Bournemouth.” 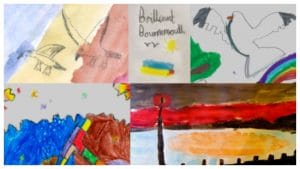 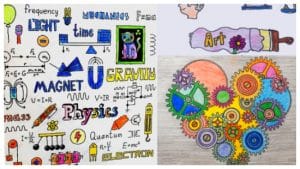 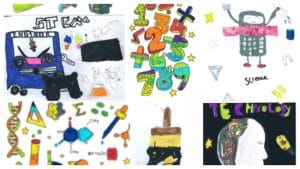 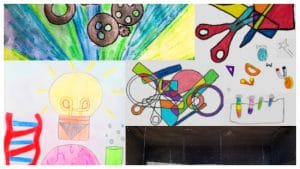