19 May 2021 Bournemouth Echo’s definitive guide to The Livingstone Academy: What do we know about the new school & Ian Livingstone?

This article was originally published in the Bournemouth Echo.

In September this year, the Livingstone Academy Bournemouth will open – a school set up by co-founder of games company Games Workshop Ian Livingstone CBE.

The curriculum of the free school, based in the Lansdowne area, will be rooted in STEAM (science, technology, engineering, arts and maths) and will open to reception and year 7 pupils in September.

The school will open with support from Aspirations Academies Trust, which already runs Jewell, Magna and Ocean.

But who is Ian Livingstone and why has he chosen Bournemouth to open this school? 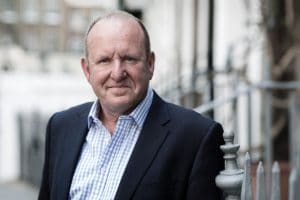 Five years later, in 1980, Mr Livingstone, with colleague Steve Jackson, developed the concept of the Fighting Fantasy gamebook series, which was published in 1982.

The pair went on to sell Games Workshop for a reported £10million.

He has been honoured with the BAFTA Interactive Special Award for outstanding contribution to the industry, was appointed OBE in 2006 and CBE in 2013, and in 2011, given an honourary doctorate from Bournemouth University.

Mr Livingstone didn’t go to university, and said his career has helped him see the “power of playing”, and through that the idea for Livingstone Academy Bournemouth was born. 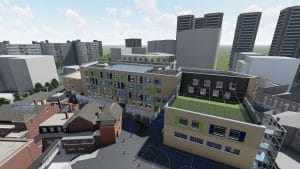 Work started in Autumn last year to redevelop the former police station and court buildings in Madeira and Strafford roads into the Livingstone Academy, which will have capacity for 1,500 pupils.

Full planning permission was approved last year for the £28.5million project, and the application will see the conversion of the magistrates’ court and Grade II-Listed coroner’s court buildings into a primary school and sixth form centre respectively.

Architect Giancarlo Pesiri designed the school, which will become the country’s first state-of-the-art digital academy with a focus on STEAM.

The academy will be awash with new paving, a courtyard, seating areas and greenery from planters, trees and landscaping all of which will be used to create boundaries. Mr Pesiri said the overall feel would be that of an “oasis of learning in Bournemouth’s city centre”.

He added: “This project is a marriage between old and new and is a great example of repurposing. Inside the Magistrates’ Court there will be open plan classrooms and a contemporary learning environment.

“It was originally a grey 1960s building, but the outside is going to look very different. It will have coloured windows and big canopies and we will be using interior design to brighten up the building.

“The new building will be the secondary school and it will be state-of-the art. There will be plenty of break-out spaces for project-based learning, creative thinking and innovation rooms.

“The sixth form will retain all the original wood panelling, all the original seating and benches from the Coroners court. There are lots of high ceilings in this building which make for great art rooms and lecture spaces.” 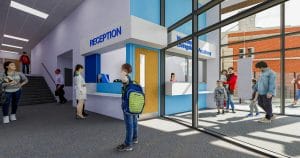 As mentioned, Mr Livingstone said seeing the “power of playing” helped form the idea for the new school.

He said: “My own education was not that enjoyable, and I didn’t go to university and I ended up doing well despite my education, not because of it.

“Throughout my career I have seen how learning is actually a very enjoyable experience but what’s on offer in a lot of schools is not particularly enjoyable.

“Having seen the power of playing, not just in terms of entertainment but for children being able to learn given the empowerment through interactive gaming in particular I thought wouldn’t it be great to use some of the principles of games-based learning, using some of the methodology in playing and making games to apply to a curriculum.
“This has really stemmed from the early days launching Games Workshop in the 70s, Dungeons and Dragons and seeing the wonderment and enjoyment and the learning in games like Dungeons and Dragons.

The STEAM focus will help students build a portfolio, Mr Livingstone said, which could be a deciding factor for potential employers.

“Every assessment of children seems to revolve around the written test and there must be better ways to assess people’s ability,” he added.

“As an employer myself, whilst I would always want to see how well children have done in their exams, the deciding factor for me would be what your portfolio tells me.

“It’s important we promote skills as well as qualifications.” 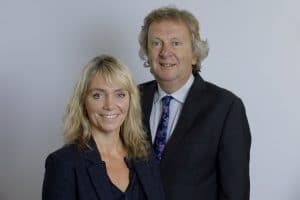 CEOs of Aspirations Academies Trust, Steve and Paula Kenning, said the school would help pupils get qualifications in a “transdisciplinary way”.

Paula added: “One of the unique features of the school is that it’s all-through, so we’ll have children from aged four to 18.

“If you consider that’s 14 years’ worth of learning, we’re completely convinced that we can enable young people to achieve high-level qualifications which undoubtedly they need, but also equip them with all those critical skills.”